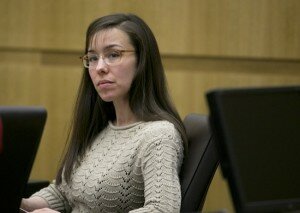 32 year-old Jodi Arias was convicted of first degree murder for the death of Travis Alexander on May 8, 2013. Allegedly, Ms. Arias had stabbed Mr. Alexander, slit his throat and shot him in the face. Though the jury was able to determine, within a couple of hours, that Ms. Arias was guilty of murdering Mr. Alexander in an “exceptionally cruel” manner, they encountered quite a bit of trouble trying to determine the what type of punishment should be imposed for these atrocities. Jurors left the jury room and informed Judge Sherry Stephens of their inability to come to a decision. Unsatisfied with this conclusion, Judge Stephens sent the jury back to the jury room to reconvene. With the jury still unable to come to an agreement, Judge Stephens dismissed the jury on Thursday, May 23, 2013.

In order for the jury to sentence Ms. Arias to death, the decision must be unanimous. Failure to reach unanimity means that Ms. Arias most likely will be destined to fulfill a life sentence in prison. This discord among jurors seems to be a direct reflection of the discord between individuals living in this country. What is the end goal here? Is it to try to make the victim gain some sense of vengeance, or is it about making the defendant pay for their wrong? Perhaps it is both. Along those same lines then, what will constitute just punishment under these circumstances? Is life without the possibility of parole a more serious punishment than death? Is the death sentence an easy way out?

Weeks ago, Ms. Arias was quoted by KSAZ (a local Fox channel in Arizona) saying “I believe death is the ultimate freedom, so I’d rather just have my freedom as soon as I get it.” Recently however, Ms. Arias has changed her tune. Lately, Ms. Arias has tearfully been pleading for her life, and professing her desires to perform charitable works while serving her sentence. A plea which very possibly may land on deaf ears.

A new set of jurors will be plagued with the responsibility of determining Ms. Arias’ fate as the penalty phase is scheduled to begin again on July 18, 2013. These new jurors will bring with them their own ideals and their own morals, which in turn, will shape each juror’s stance on what will constitute “just punishment.” The makeup of these selected few will be crucial to the ultimate determination of whether Ms. Arias is sentenced to life or death. If sentenced to death, Ms. Arias will join three other women who are currently on death row in Arizona.