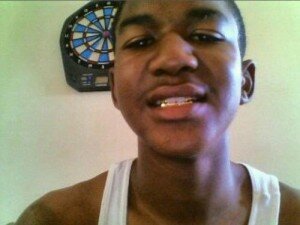 Our country is divided. Was it out of racism? Or was he legitimately concerned about his safety?

On February 26, 2012, George Zimmerman, a neighborhood watchman for a small gated community in Sanford, Florida, fatally shot Trayvon Martin. In order to combat the charge against him, Zimmerman’s attorneys are alleging Zimmerman acted in self-defense. This claim is rather unsettling for many who feel a teenage boy, armed with a bag of skittles, is hardly threatening.

In deciding whether Zimmerman’s self-defense claim is a valid one, the fact-finder will have to determine whether Martin was a threat to Zimmerman. In an effort to do so, Zimmerman’s defense team attempted to introduce picture messages of Martin, which they say, go toward Martin’s character as a violent person.

One picture depicts the cannabis plant, another shows Martin with gold caps on his teeth. How these pictures illustrate that Martin is a violent and aggressive person, I do not know, and apparently I am in good company. Judge Debra Nelson, in an evidence hearing last Tuesday, decided that these pictures will not be utilized during trial. I am sure that the judge recognizes that showing these pictures to a jury will only confuse the matters at issue in the case. The issue is not whether a teenage boy made questionable postings on social media. The issue is whether Zimmerman’s acts were justified.

Another controversial picture message was posted on social media by Zimmerman’s brother, Robert Zimmerman. The picture featured a juxtaposition of Martin against a teenager charged with murdering a baby. He also went on to post a comment about why people may be justified in thinking “Black people might be risky.” Since the post, Robert Zimmerman made an appearance on television, publicly apologizing for his “mistake.” Not a smart move, Robert. One defense strategy, was to show that multi-racial Mr. Zimmerman could not be racist against Blacks – because he is Black. Well, Robert Zimmerman ripped a gaping hole in that argument. In Robert Zimmerman’s own words, I guess a “picture does speak a thousand words.”