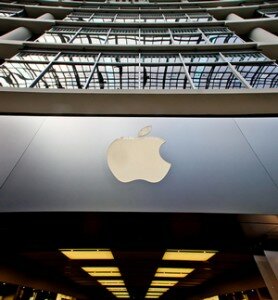 It’s not uncommon for large corporations to take advantage of existing international taxation laws to reduce tax liability.  What is less common, however, is for a corporation to be successful enough with its profits and tax avoidance strategy to avoid roughly $10 billion per year.

Last week, Tim Cook and other top executives from Apple, Inc. were called to testify before a Senate Subcommittee hearing to defend its use of a “complex web of offshore entities” to avoid paying billions of dollars in U.S. taxes.  Investigations prior to the hearing revealed several of Apple’s subsidiaries were able to avoid tax liability by claiming to be a tax resident of nowhere.

Apple defended its position claiming it did not use any nefarious tax gimmicks, but instead chose to keep its cash in foreign subsidiaries, in compliance with current tax law, because it is cost prohibitive to repatriate the cash.  Tim Cook went on to recommend a ”dramatic simplification of the corporate tax code” that “should be revenue neutral, eliminate all corporate tax expenditures, lower corporate income tax rates and implement a reasonable tax on foreign earnings that allows the free flow of capital back to the U.S.”

Although opinions may differ on whether such tax avoidance strategies as the ones used by Apple are beneficial to the economy, those eager to place blame on the corporations themselves may want to consider who drafts the laws with which they comply.