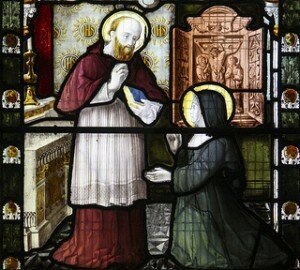 It is no secret that the Catholic Church has remained the subject of much scrutiny due to numerous allegations of child sexual abuse. These allegations have also been combined with allegations of black-mail and corruption. These claims have again, become a matter of great concern yet again, as it seems the alleged victims have run out of means for recourse.

The International Criminal Court denied requests by alleged sexual abuse victims to prosecute Pope Benedict XVI for clergy sexual abuse, stating to victim’s counsel, that there matter is out of the Tribunal’s jurisdiction. This does not come as much of a surprise, since the International Criminal Court was created for the primary purpose of settling matters pertaining to serious war crimes or genocide, but victims’ counsel is making the argument that this problem does belong in the Court due to the universal harm involved.

The attorneys, who work for various human rights organizations, were quoted stating this is a “long standing and pervasive system of sexual violence.” Counsel is hoping to juxtapose these alleged crimes, against other types of matters that the Tribunal generally handles, based on its global scale, and the nature of the allegations, some of which include rape, and torture.

The Tribunal informed victims’ counsel that the crimes must be against the “international society as a whole.” Well, over the past decade, the Prosecutor has received, thousands of inquiries sent by victims all over the world. Thousands of inquiries for investigation all over the world based on not only emotional but physical harms sounds like it fits the bill, but there has still been resistance in the Hague.

At 85, Pope Benedict XVI decided he just could not take it anymore, and became the first, in nearly six hundred years, to leave this highly esteemed position. Many believe his resignation is based on the way the Vatican has been handling the criminal allegations. It seems as though the Vatican has made a change for the better, as Pope Frances became Pope Benedict XVI successor. Earlier this month, Pope Frances was quoted referring to the old regime as the “gay lobby.” This statement has caught many off-guard, and I am sure even more will find the statement rather offensive. However, since taking over the Papacy, many are hopeful that they will see a change in the way the Catholic Clergy around the world handle these allegations, even if it calls for a complete revamping of the Vatican.